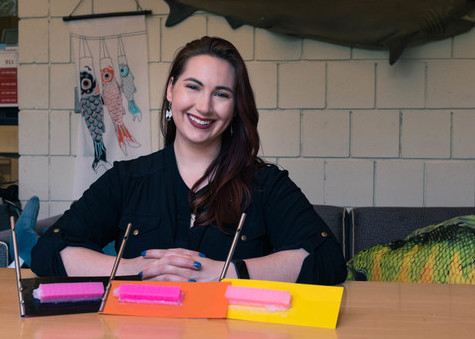 The community of researchers developing robot-models that are designed according to the morphological intelligence of animals is growing steadily. Roboticists at the Max Planck Institute for Intelligent Systems and Harvard University study a swimming soft robot and its wave-like propulsion under water. From their findings about the parameters which influence the thrust force of the robot, they then draw conclusions about the complex locomotion of fish.

Scientists at the Max Planck Institute for Intelligent Systems who are part of the Cyber Valley research consortium together with researchers from Harvard University developed a swimming soft robot and studied its wave-like forward propulsion under water. The soft robophysical model serves as a ‘model animal’ aiming to decipher the complex locomotion behaviors observed in the natural world. The scientists extract the design principles and locomotion capabilities to build better robots, but most importantly to gain valuable knowledge about the morphological intelligence of animals. Their paper "Fish-like aquatic propulsion studied using a pneumatically-actuated soft-robotic model" was published in the journal Bioinspiration & Biomimetics on June 9, 2020.

When a fish swims in water, electrical impulses travel in waves through its muscles. From head to tail, the animal bends back and forth, creating a forward thrust during locomotion. The researchers investigated how different parameters affect the swimming movement. They wanted to find out what influence it has to swimming whether a fish body is stiff or floppy, by measuring how fast the body swings from right to left to propel the system. In real living fishes, such parameters are difficult to isolate and measure individually – hence the team around lead author Zane Wolf built a fish robot.

The team developed a pneumatically actuated, fish-like model made of soft silicone and used it to investigate the thrust forces triggered by different parameters and how they influence each other. They measured the forward thrust as well as the side forces and torques generated during swimming using a statistical linear model.

"We found that both stiffness and frequency substantially affect swimming kinematics, and that there are complex interactive effects of these two parameters on thrust," says Ardian Jusufi, who is head of the Cyber Valley independent research group "Locomotion in Biorobotic & Somatic Systems" at the MPI-IS and who contributed to this paper. "The stiffer the backbone of our fish-like robot, the more important is an increasing frequency to generate thrust." For stiffer biorobotic models, increasing frequency resulted in higher values for both thrust and lateral forces, he adds. However, large lateral forces in turn reduced the swimming efficiency. Jusufi and colleagues were able to mitigate this effect by smaller wave movements and by appropriately phasing the left and right body movements, reduced the amplitudes of the lateral force. 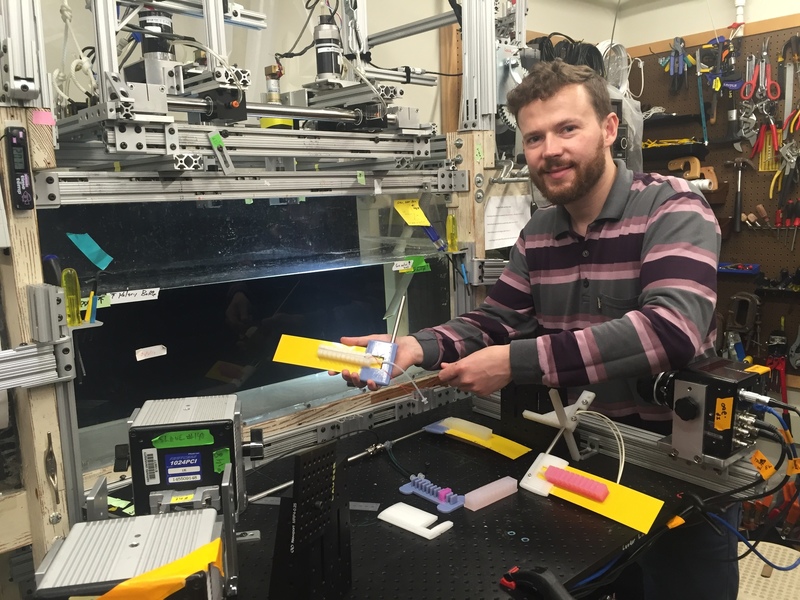 "This research cooperation aims at understanding the musculoskeletal system of animals, which is our priority," Jusufi says. "As we observe the unique maneuvers and strategies utilized by animals, our goal is also to decipher their morphological intelligence with robophysical modelling. Robotics-inspired biology can help us to better understand the spectacular and graceful movement observed in natural systems, drawing conclusions as to why evolution produced a certain solution." It is a learning cycle where biology helps design better robot locomotion and the robot opens up insights into biology that would not be possible otherwise. In the end, researchers like Jusufi gain a deeper understanding of both. In this spirit, Jusufi’s lab has also advocated for the greater utilization of soft robotics (incl. soft sensors [1]) to uncover neuromechanical insights in a forthcoming publication in Wiley Advanced Intelligent Systems [2].

Editor's note: This news article was updated on June 12, 2020. An earlier version did not include the photo of lead author Zane Wolf.