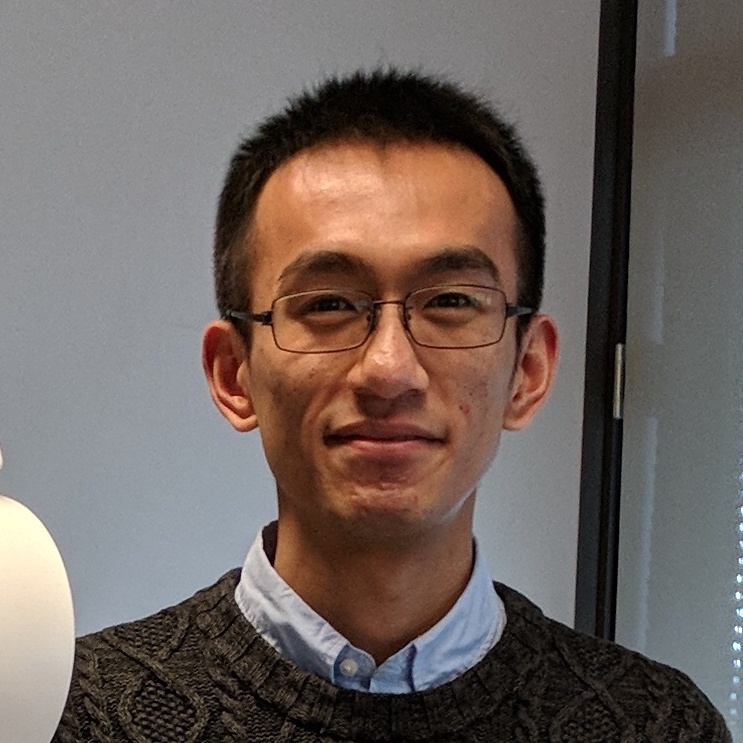 Applied Bionics and Biomechanics, (9765383), December 2019 (article)
Abstract
Learning from demonstration (LfD) enables a robot to emulate natural human movement instead of merely executing preprogrammed behaviors. This article presents a hierarchical LfD structure of task-parameterized models for object movement tasks, which are ubiquitous in everyday life and could benefit from robotic support. Our approach uses the task-parameterized Gaussian mixture model (TP-GMM) algorithm to encode sets of demonstrations in separate models that each correspond to a different task situation. The robot then maximizes its expected performance in a new situation by either selecting a good existing model or requesting new demonstrations. Compared to a standard implementation that encodes all demonstrations together for all test situations, the proposed approach offers four advantages. First, a simply defined distance function can be used to estimate test performance by calculating the similarity between a test situation and the existing models. Second, the proposed approach can improve generalization, e.g., better satisfying the demonstrated task constraints and speeding up task execution. Third, because the hierarchical structure encodes each demonstrated situation individually, a wider range of task situations can be modeled in the same framework without deteriorating performance. Last, adding or removing demonstrations incurs low computational load, and thus, the robot’s skill library can be built incrementally. We first instantiate the proposed approach in a simulated task to validate these advantages. We then show that the advantages transfer to real hardware for a task where naive participants collaborated with a Willow Garage PR2 robot to move a handheld object. For most tested scenarios, our hierarchical method achieved significantly better task performance and subjective ratings than both a passive model with only gravity compensation and a single TP-GMM encoding all demonstrations.

In Proceedings of the IEEE World Haptics Conference (WHC), pages: 394-399, Munich, Germany, June 2017 (inproceedings)
Abstract
Clever electromechanical design is required to make the force feedback delivered by a kinesthetic haptic interface both strong and safe. This paper explores a onedimensional haptic force display that combines a DC motor and a magnetic particle brake on the same shaft. Rather than a rigid linkage, a spooled cable connects the user to the actuators to enable a large workspace, reduce the moving mass, and eliminate the sticky residual force from the brake. This design combines the high torque/power ratio of the brake and the active output capabilities of the motor to provide a wider range of forces than can be achieved with either actuator alone. A prototype of this device was built, its performance was characterized, and it was used to simulate constant force sources and virtual springs and dampers. Compared to the conventional design of using only a motor, the hybrid device can output higher unidirectional forces at the expense of free space feeling less free.

Teaching a Robot to Collaborate with a Human Via Haptic Teleoperation

In Proceedings of the IEEE International Conference on Multisensor Fusion and Integration for Intelligent Systems (MFI), pages: 58-65, 2016, Oral presentation given by Burka (inproceedings)

Reproducing a Laser Pointer Dot on a Secondary Projected Screen

In Proceedings of the IEEE International Conference on Advanced Intelligent Mechatronics (AIM), pages: 1645-1650, 2016, Oral presentation given by Hu (inproceedings)

Design and evaluation of a novel mechanical device to improve hemiparetic gait: a case report

Extended abstract presented at the Biomechanics and Neural Control of Movement Conference (BANCOM), 2016, Poster presentation given by Fjeld (misc)

Toward a large-scale visuo-haptic dataset for robotic learning

In Proc. CVPR Workshop on the Future of Datasets in Vision, 2015 (inproceedings)