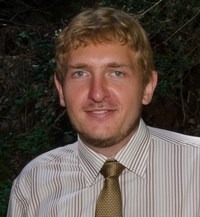 Below are some details of specific projects. 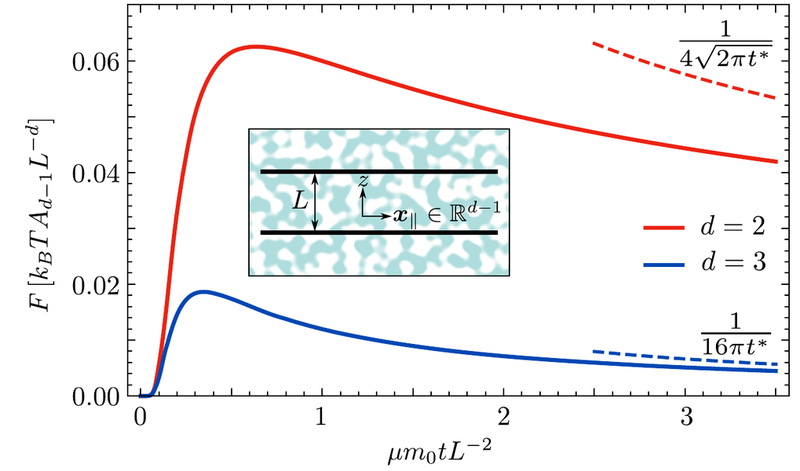 Forces following quenches in thermal or active fluids:
Spatial correlations play an important role in characterizing material properties related to non-local effects. For instance, correlations can give rise to fluctuation-induced forces. Equilibrium correlations become long-ranged only under very specific conditions, e.g., near a critical point. A relevant example of such a system is an oil-water mixture near the demixing temperature.
Out of equilibrium, conservation laws have been found to lead to algebraic decays of correlations. In this work we showed that quenches (e.g. rapid changes of the temperature) in fluids give rise to long-ranged nonequilibrium correlations, even for fluids which are far away from a critical point (and thus have short-ranged inherent correlations). We also showed by analytical calculations and simulations that objects (e.g. plates or colloids) immersed in such fluids can experience forces following a quench.
These results could be of interest for active fluids (e.g., laser illumination-controlled swimmers) where quenches of the "effective temperature" can be performed readily. 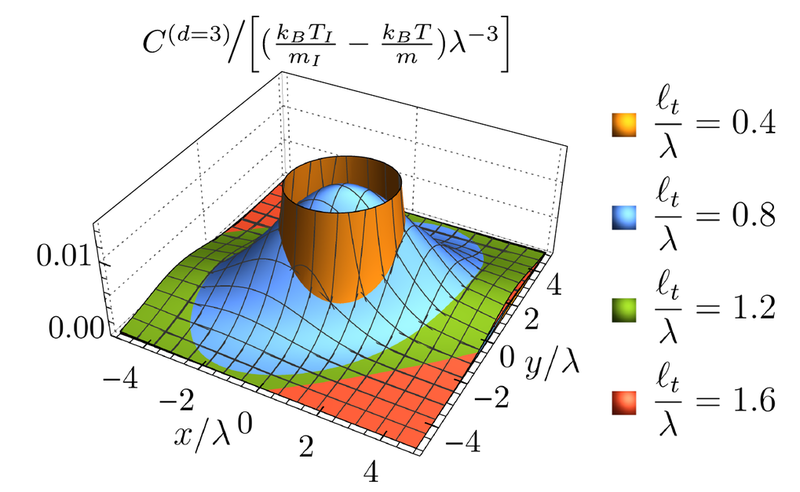 Nonequilibrium forces in sheared fluids:
If a correlated fluid is sheared, spatial correlations are distorted by the shear flow (1st picture on the right). In this work we quantified how these distortions depend on the inherent correlation length in the fluid, on the shear rate, and on time (following a quench). The distorted correlations, in turn, give rise to forces on external bodies immersed in the fluid. In contrast to unsheared fluids, these forces now depend on the orientation of the objects relative to the shear flow (2nd picture).
The results of this could be relevant for colloidal self-assembly: interactions between colloids immersed in a fluid can (in principle) be engineered and manipulated using imposed shear flows.

Coarse-grained description of Brownian fluids:
In order to study properties of fluids, it is useful to consider coarse-grained descriptions. It is known that the microscopic equations of motion for Brownian particles lead to a Gaussian theory for the fluctuations of the fluid density at large length scales. Such coarse-grained theories allow us to compute observables such as correlation functions or transport coefficients, but also fluctuation-induced forces in and out of equilibrium. In this work we studied the fluid's stress tensor, which can be used to compute nonequilibrium forces. 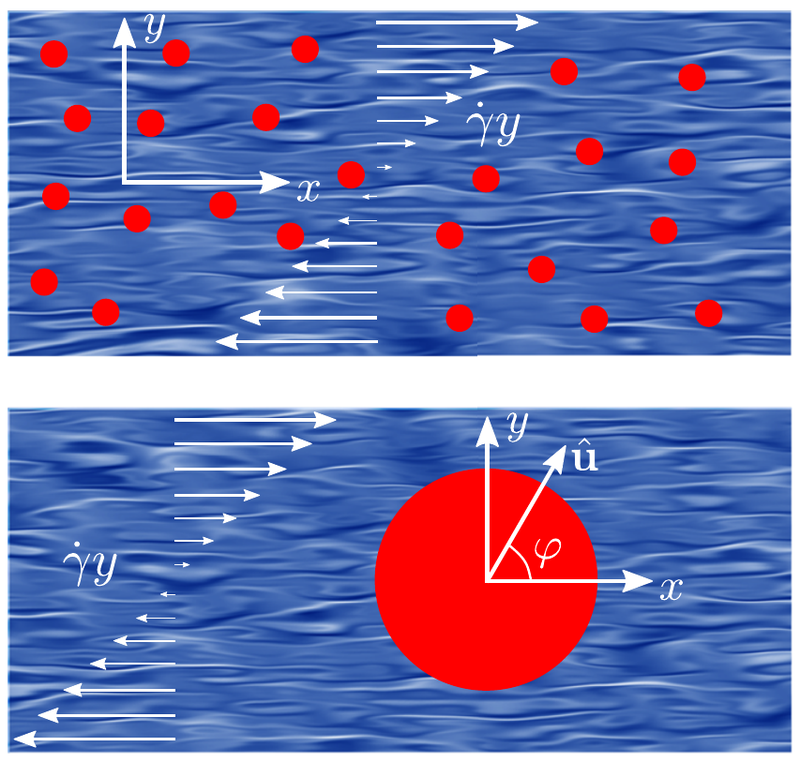 Response of active Brownian particles to shear:
Active particles have an intrinsic self-propulsion force, which means that active fluids (in contrast to passive fluids) are inherently out of equilibrium. Here we studied the perturbation of an active Brownian fluid by shear. When passive fluids are sheared, one can make use of linear response response theory: the system can be perturbed about an (unsheared) equilibrium state. In this work we considered analogous perturbations, but about the non-equilibrium steady state of unsheared active Brownian particles. This allowed us to find response formulae based on unperturbed (nonequilibrium) correlation functions; these can be used to compute e.g., how the collections of active particles are distorted by shear. 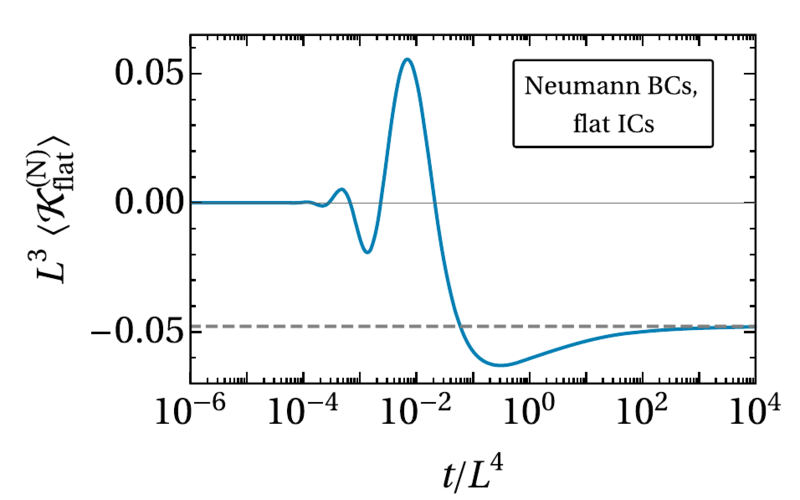 Casimir forces following quenches to the critical point
Systems near a critical point (e.g., a water-oil mixture near the demixing temperature) exhibit long-ranged correlations at equilibrium. If the system is additionally driven out of equilibrium (e.g., through a temperature quench), a rich phenomenology emerges. In the transient post-quench regime, conservation laws give rise to additional non-local effects. This can lead to correlation functions which exhibit exotic behaviour, e.g., oscillations in time. This project studied the fluctuation-induced forces which occur in such non-equilibrium sytems for various boundary conditions and geometries. 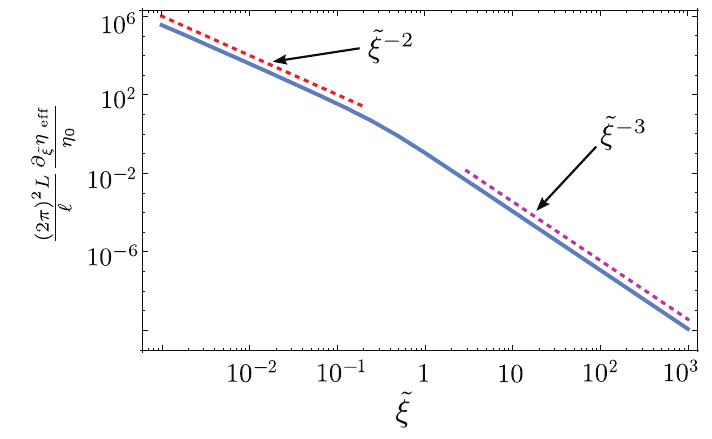 Transport coefficients in confined, correlated fluids:
Transport coefficients (e.g., viscosity) tell us how systems respond when they are driven out of equilibrium. It is known that if fluids have long-ranged correlations, the viscosity is modified. In this project we studied what happens to the viscosity when correlated fluids are additionally confined between two plates. Specifically, the change of the viscosity with changes in the correlation length were shown to exhibit universal aspects which are independent of microscopic details. These results could be of relevance for confined ferrofluids, or other fluids with a non-conserved order parameter.

Interplay of quenching temperature and drift in Brownian dynamics

Correlations and forces in sheared fluids with or without quenching

Transient Casimir Forces from Quenches in Thermal and Active Matter

Viscosity of a sheared correlated (near-critical) model fluid in confinement