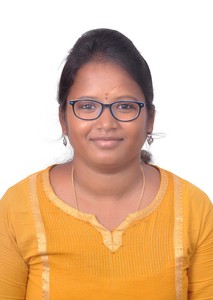 Needle insertion is the most essential skill in medical care; training has to be imparted not only for physicians but also for nurses and paramedics. In most needle insertion procedures, haptic feedback from the needle is the main stimulus that novices are to be trained in. For better patient safety, the classical methods of training the haptic skills have to be replaced with simulators based on new robotic and graphics technologies. The main objective of this work is to develop analytical models of needle insertion (a special case of epidural anesthesia) including the biomechanical and psychophysical concepts that simulate the needle-tissue interaction forces in linear heterogeneous tissues and to validate the model with a series of experiments. The biomechanical and perception models were validated with experiments in two stages: with and without the human intervention. The second stage is the validation using the Turing test with two different experiments: 1) to observe the perceptual difference between the simulated and the physical phantom model, and 2) to verify the effectiveness of perceptual filter between the unfiltered and filtered model response. The results showed that the model could replicate the physical phantom tissues with good accuracy. This can be further extended to a non-linear heterogeneous model. The proposed needle/tissue interaction force models can be used more often in improving realism, performance and enabling future applications in needle simulators in heterogeneous tissue. Needle insertion training simulator was developed with the simulated models using Omni Phantom and clinical trials are conducted for the face validity and construct validity. The face validity results showed that the degree of realism of virtual environments and instruments had the overall lowest mean score and ease of usage and training in hand – eye coordination had the highest mean score. The construct validity results showed that the simulator was able to successfully differentiate force and psychomotor signatures of anesthesiologists with experiences less than 5 years and more than 5 years. For the performance index of the trainees, a novel measure, Just Controllable Difference (JCD) was proposed and a preliminary study on JCD measure is explored using two experiments for the novice. A preliminary study on the use of clinical training simulations, especially needle insertion procedure in virtual environments is emphasized on two objectives: Firstly, measures of force JND with the three fingers and secondly, comparison of these measures in Non-Immersive Virtual Reality (NIVR) to that of the Immersive Virtual Reality (IVR) using psychophysical study with the Force Matching task, Constant Stimuli method, and Isometric Force Probing stimuli. The results showed a better force JND in the IVR compared to that of the NIVR. Also, a simple state observer model was proposed to explain the improvement of force JND in the IVR. This study would quantitatively reinforce the use of the IVR for the design of various medical simulators.

Biography: Ravali Gourishetti received her BTech degree in electronics and instrumentation from Kakatiya University, India and the MTech degree in biomedical engineering from MNNIT Allahabad, India in 2012 and 2014 respectively. She received University gold medal in M.Tech. She joined Haptics Lab, IIT Madras, India as a research scholar in 2014. Her research interests are haptics, psychophysics and virtual reality