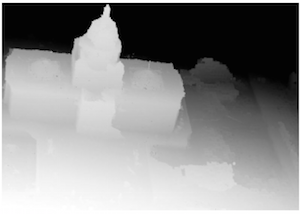 Patches, Planes and Probabilities: A Non-local Prior for Volumetric 3D Reconstruction

In IEEE Conf. on Computer Vision and Pattern Recognition (CVPR), IEEE International Conference on Computer Vision and Pattern Recognition (CVPR), June 2016 (inproceedings)
Abstract
In this paper, we propose a non-local structured prior for volumetric multi-view 3D reconstruction. Towards this goal, we present a novel Markov random field model based on ray potentials in which assumptions about large 3D surface patches such as planarity or Manhattan world constraints can be efficiently encoded as probabilistic priors. We further derive an inference algorithm that reasons jointly about voxels, pixels and image segments, and estimates marginal distributions of appearance, occupancy, depth, normals and planarity. Key to tractable inference is a novel hybrid representation that spans both voxel and pixel space and that integrates non-local information from 2D image segmentations in a principled way. We compare our non-local prior to commonly employed local smoothness assumptions and a variety of state-of-the-art volumetric reconstruction baselines on challenging outdoor scenes with textureless and reflective surfaces. Our experiments indicate that regularizing over larger distances has the potential to resolve ambiguities where local regularizers fail. 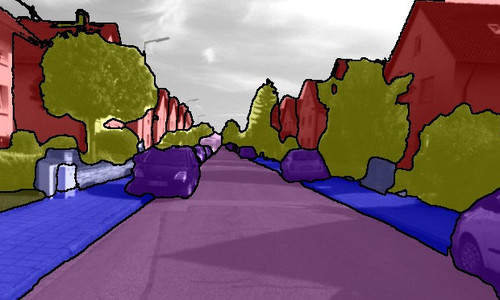 In IEEE Conf. on Computer Vision and Pattern Recognition (CVPR), IEEE International Conference on Computer Vision and Pattern Recognition (CVPR), June 2016 (inproceedings)
Abstract
Semantic annotations are vital for training models for object recognition, semantic segmentation or scene understanding. Unfortunately, pixelwise annotation of images at very large scale is labor-intensive and only little labeled data is available, particularly at instance level and for street scenes. In this paper, we propose to tackle this problem by lifting the semantic instance labeling task from 2D into 3D. Given reconstructions from stereo or laser data, we annotate static 3D scene elements with rough bounding primitives and develop a probabilistic model which transfers this information into the image domain. We leverage our method to obtain 2D labels for a novel suburban video dataset which we have collected, resulting in 400k semantic and instance image annotations. A comparison of our method to state-of-the-art label transfer baselines reveals that 3D information enables more efficient annotation while at the same time resulting in improved accuracy and time-coherent labels.

In Advances in Ergonomic Design of Systems, Products and Processes. Proceedings of the Annual Meeting of the GfA 2015, pages: 463-475, Springer, 2016 (inbook)
Abstract
Simulation-based driver training offers a promising way to teach ecological driving behavior under controlled, comparable conditions. In a study with 23 professional drivers, we tested the effectiveness of such training. The driving behavior of a training group in a simulated drive with and without instructions were compared. Ten weeks later, a repetition drive tested the long-term effect training. Driving data revealed reduced fuel consumption by ecological driving in both the guided and repetition drives. Driving time decreased significantly in the training and did not differ from driving time after 10 weeks. Results did not achieve significance for transfer to test drives in real traffic situations. This may be due to the small sample size and biased data as a result of unusual driving behavior. Finally, recent and promising approaches to support drivers in maintaining eco-driving styles beyond training situations are outlined.

re Lüderitz, C., Wirzberger, M., Karrer-Gauß, K. Sustainable effects of simulator-based training on ecological driving In Advances in Ergonomic Design of Systems, Products and Processes. Proceedings of the Annual Meeting of the GfA 2015, pages: 463-475, Springer, 2016 (inbook) 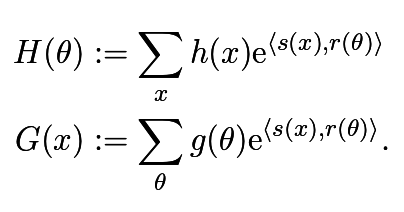 Arxiv, 2016 (article)
Abstract
We present a new notion of probabilistic duality for random variables involving mixture distributions. Using this notion, we show how to implement a highly-parallelizable Gibbs sampler for weakly coupled discrete pairwise graphical models with strictly positive factors that requires almost no preprocessing and is easy to implement. Moreover, we show how our method can be combined with blocking to improve mixing. Even though our method leads to inferior mixing times compared to a sequential Gibbs sampler, we argue that our method is still very useful for large dynamic networks, where factors are added and removed on a continuous basis, as it is hard to maintain a graph coloring in this setup. Similarly, our method is useful for parallelizing Gibbs sampling in graphical models that do not allow for graph colorings with a small number of colors such as densely connected graphs.

One for all?! Simultaneous examination of load-inducing factors for advancing media-related instructional research

Computers {\&} Education, 100, pages: 18-31, Elsevier BV, 2016 (article)
Abstract
In multimedia learning settings, limitations in learners' mental resource capacities need to be considered to avoid impairing effects on learning performance. Based on the prominent and often quoted Cognitive Load Theory, this study investigates the potential of a single experimental approach to provide simultaneous and separate measures for the postulated load-inducing factors. Applying a basal letter-learning task related to the process of working memory updating, intrinsic cognitive load (by varying task complexity), extraneous cognitive load (via inducing split-attention demands) and germane cognitive load (by varying the presence of schemata) were manipulated within a 3 × 2 × 2-factorial full repeated-measures design. The performance of a student sample (N = 96) was inspected regarding reaction times and errors in updating and recall steps. Approaching the results with linear mixed models, the effect of complexity gained substantial strength, whereas the other factors received at least partial significant support. Additionally, interactions between two or all load-inducing factors occurred. Despite various open questions, the study comprises a promising step for the empirical investigation of existing construction yards in cognitive load research.

IEEE Trans. on Pattern Analysis and Machine Intelligence (PAMI), 2016 (article)
Abstract
Accurate and efficient self-localization is a critical problem for autonomous systems. This paper describes an affordable solution to vehicle self-localization which uses odometry computed from two video cameras and road maps as the sole inputs. The core of the method is a probabilistic model for which an efficient approximate inference algorithm is derived. The inference algorithm is able to utilize distributed computation in order to meet the real-time requirements of autonomous systems in some instances. Because of the probabilistic nature of the model the method is capable of coping with various sources of uncertainty including noise in the visual odometry and inherent ambiguities in the map (e.g., in a Manhattan world). By exploiting freely available, community developed maps and visual odometry measurements, the proposed method is able to localize a vehicle to 4m on average after 52 seconds of driving on maps which contain more than 2,150km of drivable roads.

In Proceedings of the 38th Annual Conference of the Cognitive Science Society, 2016 (inproceedings)

In Proc. of the German Conference on Pattern Recognition (GCPR), 2016 (inproceedings)