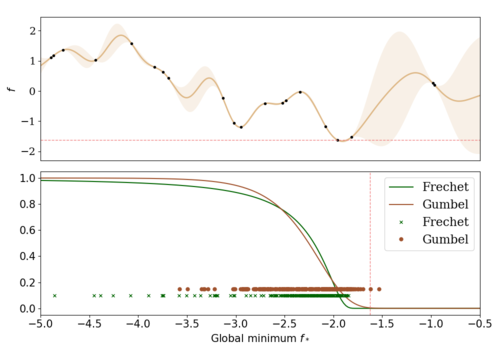 2020 (proceedings) In revision
Abstract
When learning to ride a bike, a child falls down a number of times before achieving the first success. As falling down usually has only mild consequences, it can be seen as a tolerable failure in exchange for a faster learning process, as it provides rich information about an undesired behavior. In the context of Bayesian optimization under unknown constraints (BOC), typical strategies for safe learning explore conservatively and avoid failures by all means. On the other side of the spectrum, non conservative BOC algorithms that allow failing may fail an unbounded number of times before reaching the optimum. In this work, we propose a novel decision maker grounded in control theory that controls the amount of risk we allow in the search as a function of a given budget of failures. Empirical validation shows that our algorithm uses the failures budget more efficiently in a variety of optimization experiments, and generally achieves lower regret, than state-of-the-art methods. In addition, we propose an original algorithm for unconstrained Bayesian optimization inspired by the notion of excursion sets in stochastic processes, upon which the failures-aware algorithm is built.