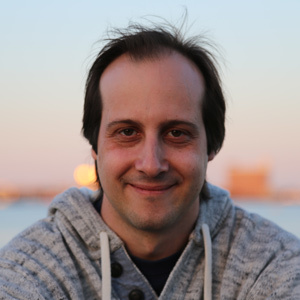 Babies learn with very little supervision, and, even when supervision is present, it comes in the form of an unknown spoken language that also needs to be learned. How can kids make sense of the world? In this work, I will show that an agent that has access to multimodal data (like vision, audition or touch) can use the correlation between images and sounds to discover objects in the world without supervision. I will show that ambient sounds can be used as a supervisory signal for learning to see and vice versa (the sound of crashing waves, the roar of fast-moving cars – sound conveys important information about the objects in our surroundings). I will describe an approach that learns, by watching videos without annotations, to locate image regions that produce sounds, and to separate the input sounds into a set of components that represents the sound from each pixel. I will also discuss our recent work on capturing tactile information.

Biography: Antonio Torralba is the head of the AI+D faculty, a Professor of Electrical Engineering and Computer Science at the Massachusetts Institute of Technology (MIT), the MIT director of the MIT-IBM Watson AI Lab, and the inaugural director of the MIT Quest for Intelligence, a MIT campus-wide initiative to discover the foundations of intelligence. He is also member of the Center for Brains, Minds and Machines. He received the degree in telecommunications engineering from Telecom BCN, Spain, in 1994 and the Ph.D. degree in signal, image, and speech processing from the Institut National Polytechnique de Grenoble, France, in 2000. From 2000 to 2005, he spent postdoctoral training at the Brain and Cognitive Science Department and the Computer Science and Artificial Intelligence Laboratory, MIT, where he is now a professor. Prof. Torralba is an Associate Editor of the International Journal in Computer Vision, and has served as program chair for the Computer Vision and Pattern Recognition conference in 2015. He received the 2008 National Science Foundation (NSF) Career award, the best student paper award at the IEEE Conference on Computer Vision and Pattern Recognition (CVPR) in 2009, and the 2010 J. K. Aggarwal Prize from the International Association for Pattern Recognition (IAPR). In 2017, he received the Frank Quick Faculty Research Innovation Fellowship and the Louis D. Smullin ('39) Award for Teaching Excellence.