Image analysis for cosmology: results from the GREAT10 Galaxy Challenge 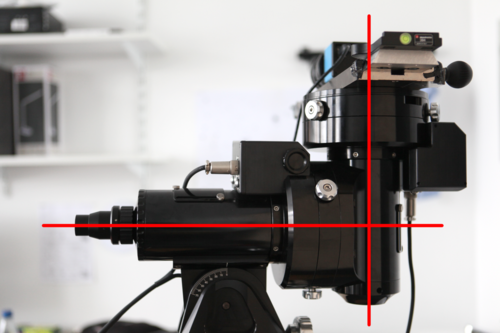 Rapid Inversion: Running Animals and Robots Swing like a Pendulum under Ledges

Frontiers in Human Neuroscience, 6(291):1-16, October 2012 (article)
Abstract
Sensorimotor control is thought to rely on predictive internal models in order to cope efficiently with uncertain environments. Recently, it has been shown that humans not only learn different internal models for different tasks, but that they also extract common structure between tasks. This raises the question of how the motor system selects between different structures or models, when each model can be associated with a range of different task-specific parameters. Here we design a sensorimotor task that requires subjects to compensate visuomotor shifts in a three-dimensional virtual reality setup, where one of the dimensions can be mapped to a model variable and the other dimension to the parameter variable. By introducing probe trials that are neutral in the parameter dimension, we can directly test for model selection. We found that model selection procedures based on Bayesian statistics provided a better explanation for subjects’ choice behavior than simple non-probabilistic heuristics. Our experimental design lends itself to the general study of model selection in a sensorimotor context as it allows to separately query model and parameter variables from subjects.

Adaptive Coding of Actions and Observations

pages: 1-4, NIPS Workshop on Information in Perception and Action, December 2012 (conference)
Abstract
The application of expected utility theory to construct adaptive agents is both computationally intractable and statistically questionable. To overcome these difficulties, agents need the ability to delay the choice of the optimal policy to a later stage when they have learned more about the environment. How should agents do this optimally? An information-theoretic answer to this question is given by the Bayesian control rule—the solution to the adaptive coding problem when there are not only observations but also actions. This paper reviews the central ideas behind the Bayesian control rule.

PLoS Computational Biology, 8(9):1-7, sep 2012 (article)
Abstract
Information processing in the nervous system during sensorimotor tasks with inherent uncertainty has been shown to be consistent with Bayesian integration. Bayes optimal decision-makers are, however, risk-neutral in the sense that they weigh all possibilities based on prior expectation and sensory evidence when they choose the action with highest expected value. In contrast, risk-sensitive decision-makers are sensitive to model uncertainty and bias their decision-making processes when they do inference over unobserved variables. In particular, they allow deviations from their probabilistic model in cases where this model makes imprecise predictions. Here we test for risk-sensitivity in a sensorimotor integration task where subjects exhibit Bayesian information integration when they infer the position of a target from noisy sensory feedback. When introducing a cost associated with subjects' response, we found that subjects exhibited a characteristic bias towards low cost responses when their uncertainty was high. This result is in accordance with risk-sensitive decision-making processes that allow for deviations from Bayes optimal decision-making in the face of uncertainty. Our results suggest that both Bayesian integration and risk-sensitivity are important factors to understand sensorimotor integration in a quantitative fashion.

pages: 1-10, 10th European Workshop on Reinforcement Learning (EWRL), July 2012 (conference)
Abstract
The free energy functional has recently been proposed as a variational principle for bounded rational decision-making, since it instantiates a natural trade-off between utility gains and information processing costs that can be axiomatically derived. Here we apply the free energy principle to general decision trees that include both adversarial and stochastic environments. We derive generalized sequential optimality equations that not only include the Bellman optimality equations as a limit case, but also lead to well-known decision-rules such as Expectimax, Minimax and Expectiminimax. We show how these decision-rules can be derived from a single free energy principle that assigns a resource parameter to each node in the decision tree. These resource parameters express a concrete computational cost that can be measured as the amount of samples that are needed from the distribution that belongs to each node. The free energy principle therefore provides the normative basis for generalized optimality equations that account for both adversarial and stochastic environments.